Buns of Steel and Beautiful Vermont

Buns of steel, thighs of thunder, tired legs...call it what you want, but that's been the name of the game for the past couple weeks. Our last week of training culminated in a 3.5 hour combi workout that consisted of two hours of skating followed by an hour and a half run. Luckily, it was a beautiful day and I got to spend it with my awesome teammates, but I had some tired legs by the end of the ski. This ski ends in about 30 mins of steep uphill and what kept me going was Pat driving by asking if my buns were burning and encouraging me by telling me how strong my legs were going to be. I've been doing a running and skating focus since I hurt my elbow and training is going really well, but my legs were definitely ready for an off day after last week. 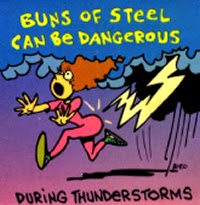 After a bit of a rainy start to the summer, the last week or so has been beautiful! Some of the highlights included a trip up to Acadia to rescue my sister and Dave who were stranded there after their car broke down, a Girls on the Run wrap up and preview of a video that the SMS media class did a wonderful job putting together, our first Summit Sisters hike, swimming (or dunking) in various bodies of water around here after workouts, AND getting strong legs. The biggest downfall of the past week was a nasty rollerski crash Annie Hart took the other day. She has plenty of road rash to prove how tough she is, but it's one more reminder to wear a helmet, dress in bright clothing, and to be a little extra cautious when we're out skiing. On the bright side, she joined me in one pole intervals this morning since she scraped up her left side pretty badly. We probably looked pretty funny skating as hard as possible while she was only using her right pole and I was only using my left, but it works!

I've been back in Stratton for just over a week now and it's been awesome to be back with my SMS T2 team. Speaking of SMS T2, we're a little late to the social media, but we've taken it on in full force. SO, check out our website, facebook, twitter, and instagram and follow us for daily updates throughout the year! Our new coach, Patrick O'brien, has been around every day and has appeared to make a seamless transition from being an athlete to settling into the coaching role. We've also been able to do a handful of workouts with the SMS high school kids and devo kids. The day after I came back home, I turned around and headed up to Hanover for the weekend to attend my sister's graduation. My teammate, Annie Hart, was also graduating along with a lot of other people I became close with while I was at Dartmouth, so I was very happy to be able to make it back in time!

On Monday, the SMS T2 team went back to Hanover for a running clinic with Ben True. Ben is a world class runner who also ran and skied for Dartmouth and I think we all learned a lot in addition to realizing that we all have prettttty bad running technique. It proved to be helpful because the following day we all set PRs in the two mile uphill run test we do at Stratton! Our running clinic was followed by a delicious team dinner at Paddy's house made by my Aunt Margaret and Uncle Tim.
As a warm up for strength on Tuesday, we ran an agility workout for the younger kids. It was a rainy afternoon, but we still had fun winding around cones and doing some backwards skiing.


On Thursday, I made a trip down to NYC for my Dad's cousin Ezra's memorial service. I'm not sure how many people met him in person, but he had quite a following on his blog, Teaching Cancer to Cry. I recommend reading it to everyone - he was an incredible person. It was a beautiful service and a nice time to be with family.
Last night we had a team dinner and meeting at my parents' house in Peru. Last summer it was pretty rare that we had the whole team in one place and we're making a better effort to have more of that this year. Chip (women's alpine coach at Dartmouth) and Marina Knight (head of the T2 foundation) came down for dinner with their two sons, Cedar and Forest. It was a really fun night of eating delicious food, playing with Cedar and Forest, and spending time with the team.
This morning we went to Weston for some rollerski intervals. Everyone else was doing double pole intervals, but I can't use a pole with my elbow yet, so I did skate intervals. We had a big group out there and it was a really good workout.


We have strength again this afternoon and then a long run planned for tomorrow morning. It's great to be back and the first week is in the books!

Posted by Sophie Caldwell at 2:58 PM No comments:

Bend camp came to an end last Friday and a group of us flew to Park City for a week to do some testing and a little more training at altitude. I was pretty psyched because after a handful of days consisting of walking for training, I was able to get back on snow the last two days of Bend. I wasn't sure what I was going to be able to do with my elbow, but it turns out skiing without poles and skiing with one pole is just fine! I've been doing a lot of no pole skating and hiking, so my legs are quite tired, but I'm so happy to be back training with the team! The perfect weather streak in Bend continued until we left and Park City has been just as beautiful. When I arrived in Park City, I spent the weekend in Salt Lake with my friend Parker. She skied for the University of Utah and now works in Salt Lake and it was a lovely break. A big group of us went for an adventure up Mt. Olympus and then we had a relaxing Sunday spent fishing on the river. Fly fishing with only my left arm was a little interesting, but fishing really isn't about catching fish anyway, is it? I got another MRI on Monday and it looks like I won't need surgery on my elbow, so that is good news! I even got to hop in ski walking intervals with the team and we went to SoHo for a skate workout today. The rest of the team was doing speeds and since that probably isn't the smartest thing for me to be doing right now, I skied around with one pole and cheered them on. I made it my goal to ski up Hermod's seven times and my legs now feel like jello, but really good jello. Here are some photos from the past week. I head back to Stratton on Friday, just in time for my little sister's college graduation!


Posted by Sophie Caldwell at 12:29 AM No comments: