We finished up our pre-olympic training camp in Sieser Alm on Wednesday and came down to Toblach for the final weekend of World Cup races before the Olympics! I know I've said this already, but I think Seiser Alm was the most beautiful place I've been. We had bluebird skies and sun most days and even when it was cloudy, it was still beautiful. Everyone is in a really good place and excited for the next few weeks ahead of us. The races in Toblach this weekend are a 10k classic and a skate sprint. I will only be racing the sprint. We are also getting hammered with snow right now. I can't remember the last time I saw a snowstorm like this. In the past 20 hours, we've gotten about 2.5 feet of snow and it's supposed to continue snowing through the weekend! We are heading to Munich on Sunday afternoon after the races. We will have a couple days of processing there before heading to Sochi on Tuesday! Here are some photos from our camp in Seiser Alm and I will try to get another report up after the races this weekend. Thanks for following! 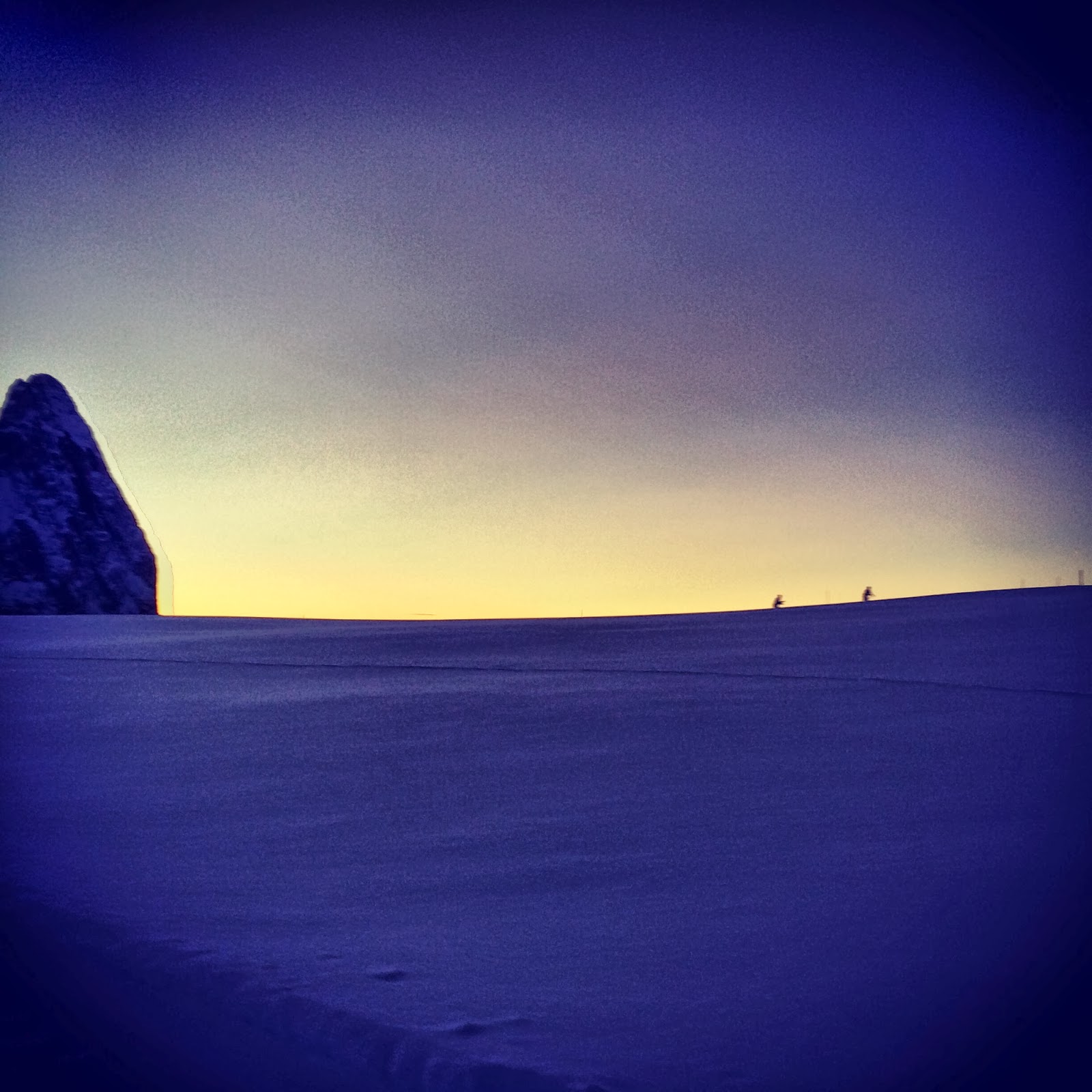 We wrapped up our final eastern Europe weekend in Poland and made the long drive to Seiser Alm, Italy on Monday. We will be spending the next week in Seiser Alm for our pre-olympic training camp. More on Seiser Alm in a minute, but first a recap of Poland and the official Olympic Selection!

The US had a really strong weekend of racing in Poland highlighted by 5 girls in the top 15 in the sprint, Jessie and Andy making the final, Kikkan winning, and Liz having her best sprint ever. On Sunday we had all five girls in the top 25 and Andy and Noah also both scored points. Poland barely had any snow and the organizers worked really hard to put together a race course for us. I can't say it was the cleanest snow I've ever skied on, but I was extremely impressed with the effort that went into making those races happen. Even though we had a great weekend of racing, I think we were all excited to head to Italy, especially after seeing the pictures from Seiser Alm that Matt, Liz, Jessie, and Noah had taken the week before. I don't have many photos from Poland, but here are a couple I took.


The official Olympic cross-country team was named yesterday and I feel so honored to be a part of such an amazing group. Congratulations to everyone who made it! As excited as I am, I also recognize that there are people out there who worked very hard and were close to making it but didn't, and I understand their disappointment and frustration. Being on the Olympic team is a huge honor, but it doesn't define you as a person or change anything about your character. Everyone who worked hard and didn't make it is just as impressive as anyone who worked hard and did make it. The naming process is difficult and it's often a matter of being just inside the cutoff or just outside of it and that difference can be miniscule. Here is the official roster:

We ended up staying in Nove Mesto for a few extra days because of the snow situation in Poland. There isn't any natural snow in Nove Mesto either, but they have the 2.2k loop that we raced on, so it's better than nothing! They've been grooming it every day and even though it's short and a little boring, it's pretty good skiing. Last weekend we had a skate sprint on Saturday and a classic team sprint on Sunday. I had a good race on Saturday and ended up 15th, but the highlight was watching Kikkan handily take the win. I'm so impressed each time I watch her race and she was definitely the strongest person out there that day. Simi and Andy also had solid days, both placing in the top 20. On Sunday, Ida and I teamed up for the classic sprint relay and placed 6th - improving two places from our team sprint in Asiago! Simi and Andy also had a great day and ended up 5th. I haven't done very many team sprints before, but they're quickly becoming both one of my favorite events and one of the toughest events for me. If you race in both the semi and the final, you end up doing 6 laps of the sprint course just about as hard as you can go! I don't have many pictures from the weekend, but here are a few.


Tomorrow afternoon we are packing up and heading to Szklarska Poreba, Poland. I will be racing a skate sprint on Saturday and a classic 10k on Sunday. This will be my first time to Poland AND coach Gus is meeting us there and spending the next few weeks with us! It will be a quick trip because after the races on Saturday and Sunday, we will be driving to Seiser Alm, Italy for our pre-olympic training camp. Matt, Liz, Jessie, and Noah have been recovering from the Tour in Seiser Alm for the past week and the pictures look incredible. If you want to watch the races this weekend live, you can do that at www.frombar.com. If you want to watch any past World Cup races, they are posted on crosscountryski.us a day or two after they happen. Thanks for following!


Posted by Sophie Caldwell at 3:08 PM No comments:

Last week was an exciting week of racing during the Tour de Ski. Andy, Simi, Holly, and I dropped out of the tour before the end, but Liz, Jessie, and Noah finished 7th, 13th, and 25th respectively. They did 7 races in about 9 days, finishing with a hill climb at 28% grade. That's crazy. During the sprint at Lenzerheide, we had all 4 SMS T2 skiers qualify for the rounds. Jessie skied a strong heat, but was knocked out in the quarters and Andy was knocked out in the semis, but got his 2nd top ten in a row. Simi and I each skied our first ever A final and even though I was last in the final and 6th for the day, I was pretty excited to be there in the first place and to have my best result ever. To make it even better, Simi ended up winning it all - not a bad way to ski your first ever final! Here are some photos from the week in Switzerland. The good ones were taken by my brother, Austin. 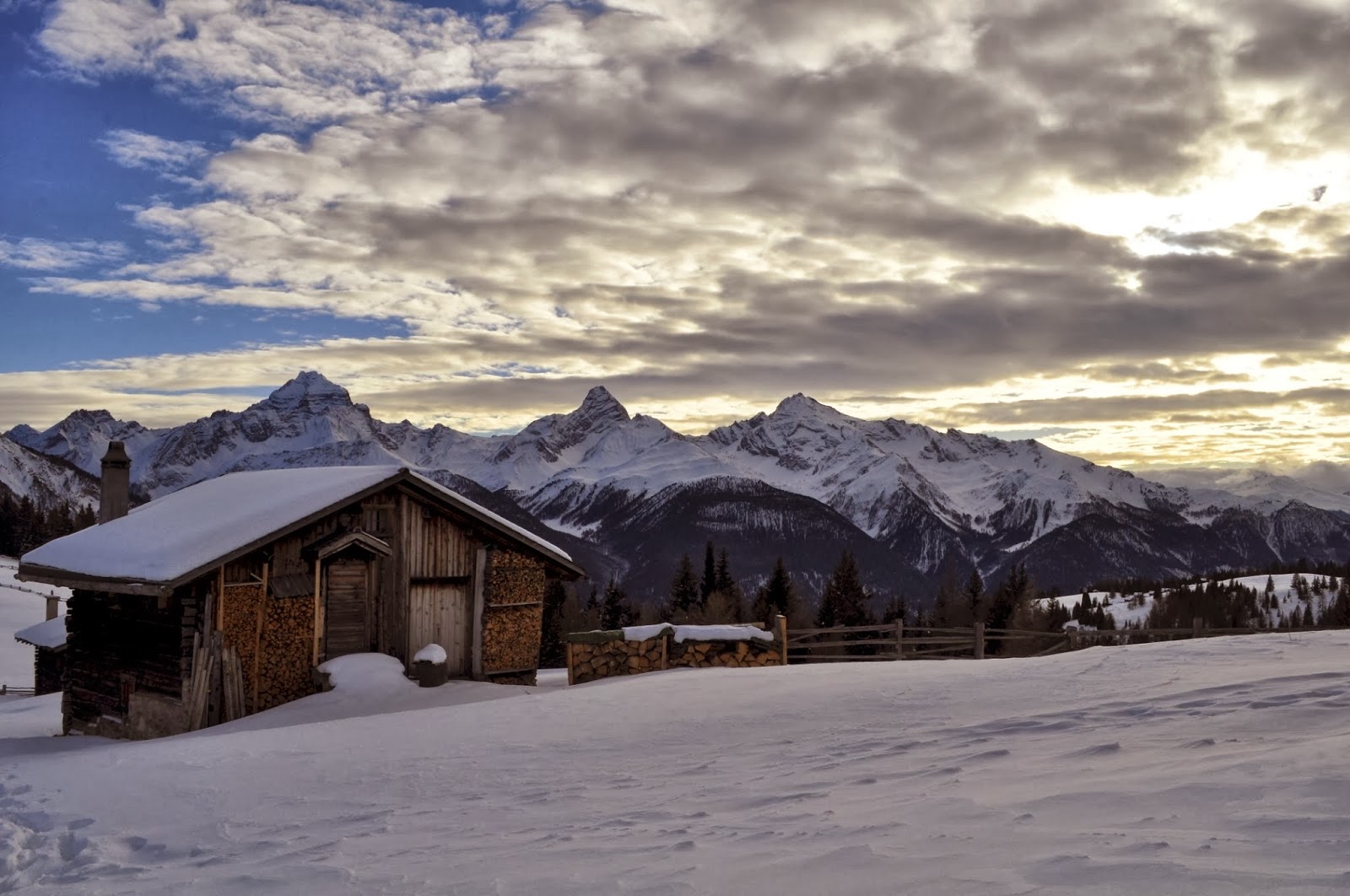 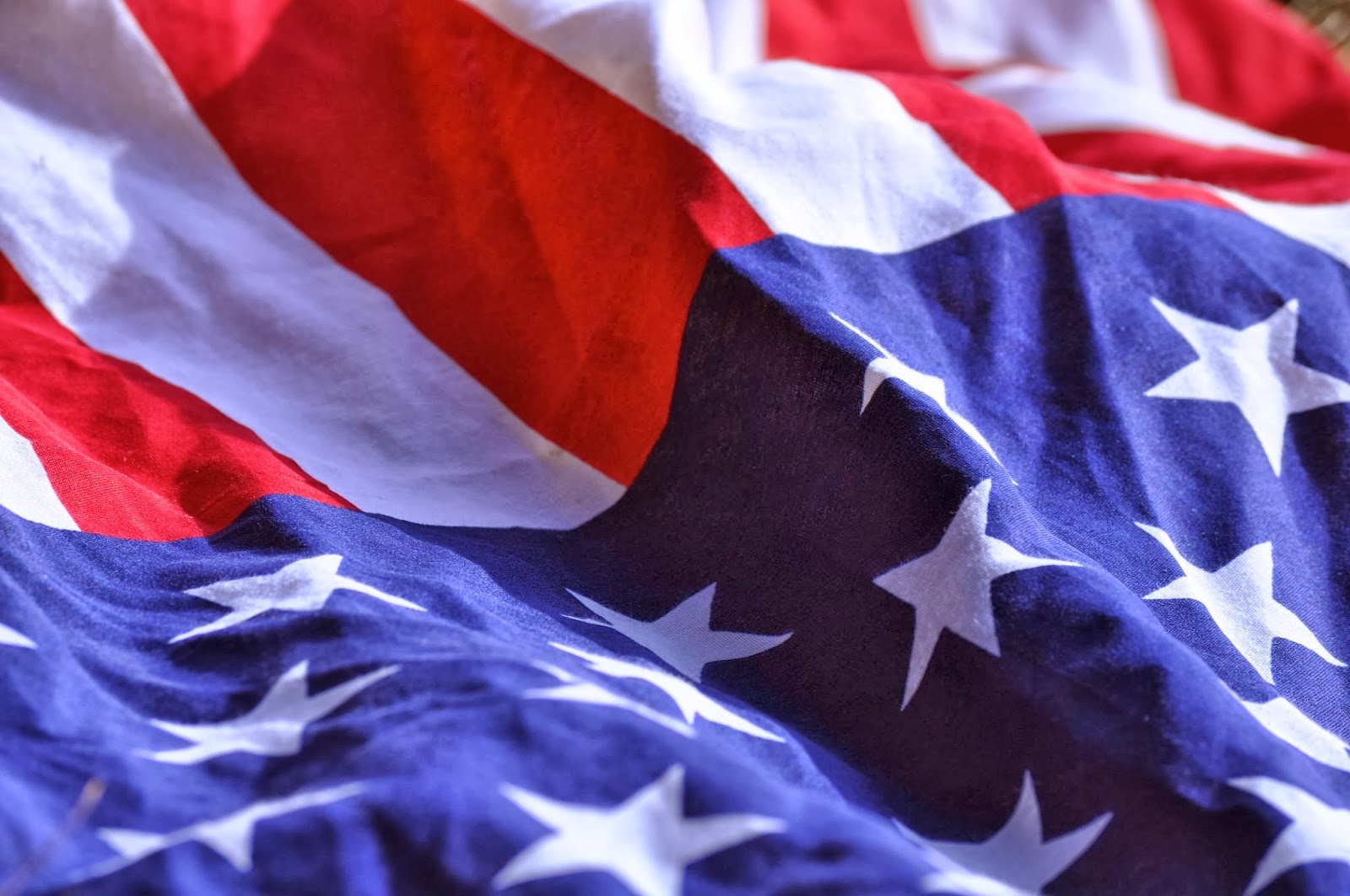 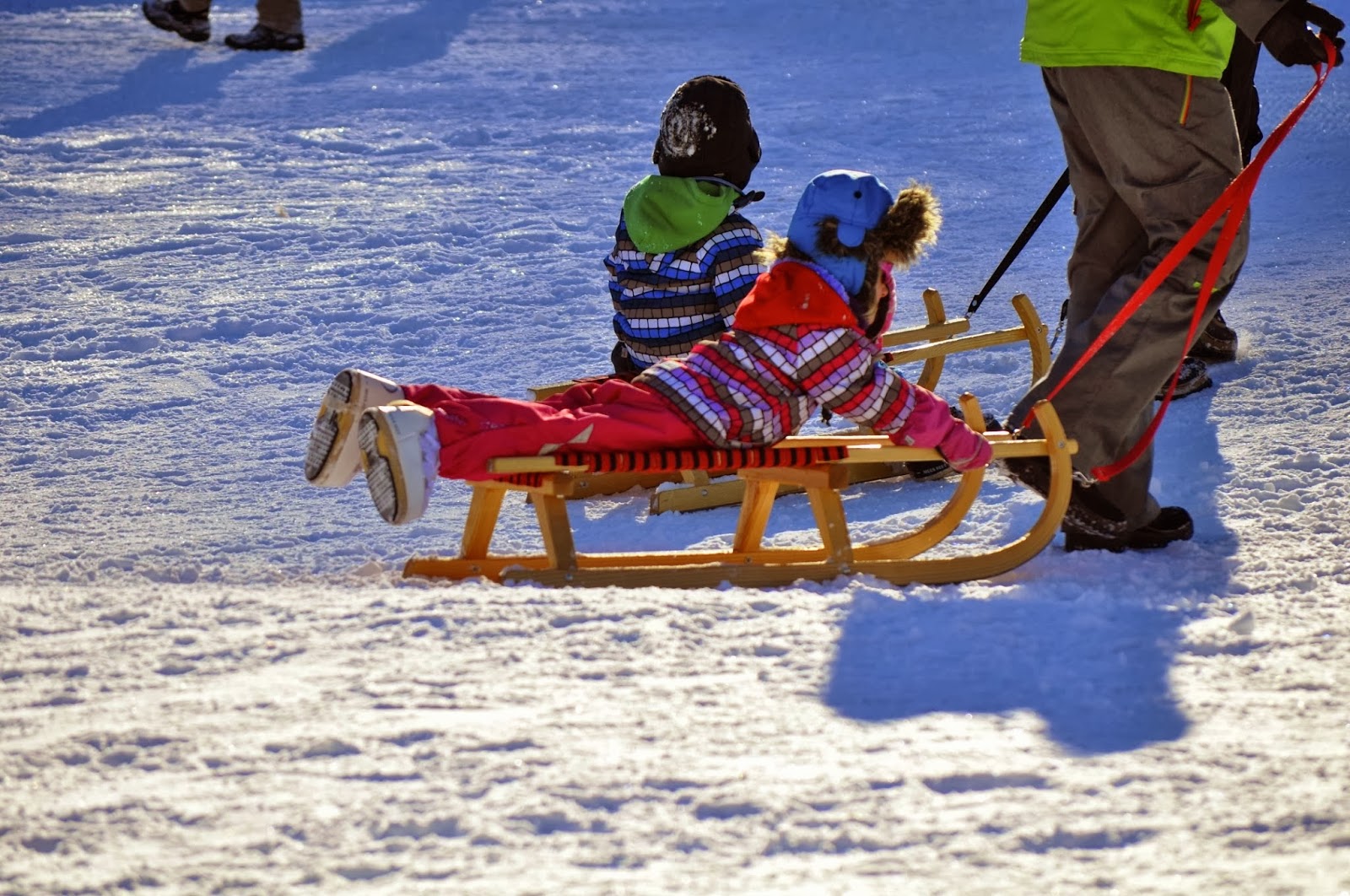 I caught a pretty bad cold and was laying low for a few days in Davos, but the sun came out right when I started to feel a little better, so I've enjoyed two days of beautiful easy skiing. Tomorrow we are packing up and making the 9 hour trek to the Czech Republic for a weekend of sprinting. Saturday is a skate sprint and Sunday is a classic team sprint.
In other news, I just found out that I have met the objective criteria to make the Olympic team! Top level objective criteria for nomination is a top 50 ranking in World Cup distance (final event Jan. 5) or World Cup sprint (final event Jan. 12) standings up to maximum limits of permitted FIS nominations. I scored some distance points when I got 9th in the prologue in Oberhof and it was enough to put me in the top 50 for distance rankings. The official Olympic team will not be named until January 22nd and more people will have met the objective criteria after the sprints this weekend. I'm so excited and thankful for all the support and nice notes I've received. Going to the olympics has been a dream of mine for as long as I can remember and I keep needing to pinch myself when I realize that it's actually coming true. I'm very aware of the fact that I could not be where I am today without so many of the wonderful people in my life that I have, so I love you and thank you for everything.
ALSO...huge congrats to all my SMS teammates skiing at Senior Nationals in Utah this week. Special shout out to Ben Saxton for getting his first Nationals podium, placing 2nd in the skate sprint, and Erika Flowers for not only getting her first top 30 in a Nationals sprint, but also her first top 10! I'm so proud of you guys and wish I could be there screaming my head off for you.