We actually haven't had TOO much rain this spring, but last Monday it was 70 degrees and then we woke up to snow a few days later, so I'm not really sure what season we're experiencing. After a few depressing days dealing with the stomach bug at our house (thank you, Dartmouth Ski Team;) ) things have been looking up. Dad is back to speeding around on his walker, I spent a few days in Boston and was able to watch my sister run the marathon, today I went up to the State House with some other Vermont Olympians and got to spend some time with our Governor Peter Shumlin, and I've been making time for some outdoor adventures and seeing a lot of friends I haven't seen for awhile.

I'm home for a few more days before heading on a girls' trip to the beach for a week. I haven't been on a beach vacation in awhile and am looking forward to relaxing, beach biking, and pretending I'm swimming. By the time I get back it will be May and that means the training season begins...thanks for following!
Posted by Sophie Caldwell at 9:12 PM No comments:

After Spring Series in Alaska, I had a few days at home before heading to DC for our White House visit. It was just enough time to unpack, do some laundry, and repack, but not quite enough time to clean my room! Traveling to DC was hands down the easiest travel day I've ever had. It was one direct flight that lasted about an hour and for once I wasn't dragging around a ski bag, so all I had with me was a carry on. Things to look forward to later in life. Our trip to DC was quick, but it was a really neat experience and I was very glad I went. Our first night there we had the Best of U.S. Awards Show. It was a lot of fun and it was an excuse to put on a dress, which also doesn't happen too often. The next morning, we put on our matching Nike windbreakers and headed to the White House to meet the president. I was under the impression that we were going to enter the White House around 10:00 and be out of there around noon. It ended up being a much longer day than that and I don't think we got back to our hotel until around 5:00, but it was worth it. After going through a bunch of security, we did a mini opening ceremonies march up to the White House lawn, where we got to meet the President's dogs and lounge on the lawn for awhile. Next, we got to walk through the White House and tour the rooms. We had boxed lunches waiting for us upstairs and had a little picnic on the floor of the White House! It took a long time to get organized into the line that we would walk in to shake President and Mrs. Obama's hands. When I finally got to the front of the line, I was so nervous that I was shaking and I have no idea what I said. I think I spat out something along the lines of, "thank you so much this is the coolest thing I've ever done." If I could do it again, I'm not sure those would have been the words I would have chosen to say to the President, but they were so nice and down-to-earth, and I even got a hug from Michelle! After we shook their hands, they each addressed the entire Olympic Team and Obama finished by telling us not to trash the house. My phone battery died the second I stepped into the White House, so I wasn't able to take many photos, but I stole a few from my friends. 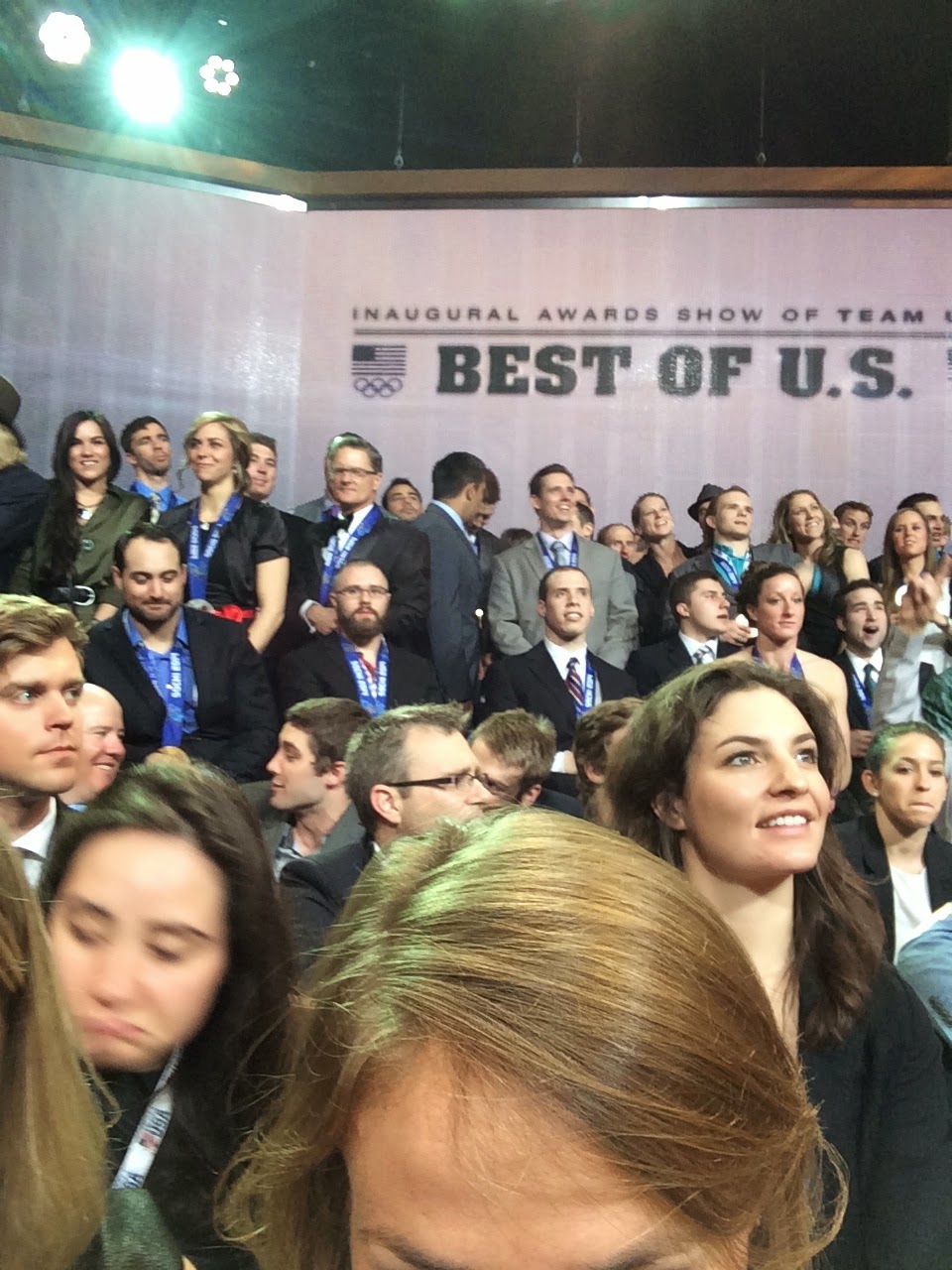 It's been so wonderful to be able to spend more than two days at home. When I got back from DC, there was still a ton of snow, but the spring weather has finally set in and it's supposed to be 75 tomorrow! I've only been cross-country skiing once, but I've been alpine skiing a couple times, enjoying time with my friends and family, and helping my mom play nurse for my dad who just got a double hip replacement. I love running and I've started doing a little spring running which has left me permanently sore for the past two weeks. Last year I wasn't very smart about my spring running and jumped into a run with my sister and Annie who were marathon training and I injured my foot and basically wasn't able to run the rest of the spring or summer. I don't think I've run for more than an hour yet this spring and even though that's still enough to make me sore, I'm injury free and enjoying it!

Photographer John Hale sent me some great images from Anchorage Spring Series and even though I'm about two weeks too late in posting them, here are some more pictures from that week!