It's been so nice to be home. I was pretty tired after traveling back to the US and had a very relaxing week before heading to Craftsbury over the weekend. It was easy to stay off my feet because we were basically snowed in when winter storm Ukko left us with over a foot of fresh snow last week. The timing was perfect because as soon as the snow fell, Packer, my sister, and brother all came home and I had great company for some awesome skis right next door at Wild Wings!

I also took a trip up to Waterbury, VT to visit my good friend Mae Foster on St. Patty's day and we went for an awesome backcountry ski at Stowe. In addition to going for some great skis, I've been enjoying family time and cat time, (slowly) unpacking and doing laundry, and celebrating birthday week! My 23rd birthday was March 22nd and my sister and brother's 21st birthday is today so they were my 2nd birthday present. There are also a handful of our other friends' March birthdays right around ours so we are calling it birthday week. Actually, I believe the real reason it's called birthday week is because Austin decided an entire week should be dedicated to their 21st birthday but I can pretend mine adds to the excitement.

The Stratton team headed up to Craftsbury for the annual Spring Tour and we were greeted by perfect spring skiing conditions! There were a lot of college skiers there from UVM and Dartmouth, the Green Team, the Stratton skiers, and a handful of other skiers. I had a lot of family up there including my immediate family as well as my cousins, Paddy and Anya, and Zach, Amy, and Gunnar so I was happy to be there for many reasons! The races were a classic prologue on Friday, skate sprint on Saturday, and a classic pursuit 10k on Sunday. The races went well and I ended up winning the tour! It was a fun weekend and great to be back with so many people I didn't see all winter.

My time at home is going by too quickly but I'm excited to get out to Truckee and enjoy the racing and sun at Spring Series. Most of the Stratton team is heading out on the 31st and then we start racing soon after on the 4th. That's all for now! 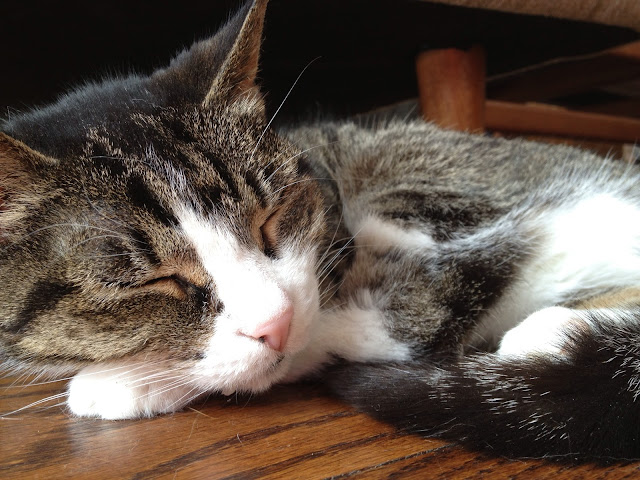 Posted by Sophie Caldwell at 9:07 PM No comments:

Wrapping up in Europe

I've finally returned to the US after two months of racing in Europe! It was an awesome experience and tons of fun but I'm really excited to be back home for awhile. I haven't been home since Christmas so I was beginning to miss it a little. After Nove Mesto, I flew to Lahti, Finland with Rosie where we met up with the rest of the ski team. The races in Lahti were a skate sprint and a classic 10k. I raced the skate sprint and was pretty disappointed with how it ended up. Neither my legs or skis felt particularly good but it's hard to say which caused which. Even though my race didn't go well, Lahti was a really cool venue and it was exciting to watch some teammates have exceptional races. Sadie was 9th in the sprint and followed that up with an 18th in the classic 10k. Both were career bests for her! Kikkan won another skate sprint, earning her the crystal globe for the second year in a row. Another highlight of our stay in Lahti was being able to see Finnish skier Aino-Kaisa Saarinen's house and enjoy a delicious home-cooked meal and sauna while there. She was recently married and she and her husband have a beautiful new house!

After the weekend of racing in Lahti, we packed up and headed to Oslo. I had never been to Norway so I was excited to see what all the hype was about! I think it was everything it was built up to be. It didn't hurt that we had beautiful weather the whole time we were there. We stayed just outside of Oslo in Fornebu, but were able to train at Holmenkollen a couple days. I was never able to explore the city but hopefully I'll be back someday! We had the city sprint in Drammen on Wednesday. We arrived at the venue to  sunny skies, huge crowds, and live heavy metal music. It was pretty eye-opening to see how popular cross country skiing is in a place like Norway. Their World Cup skiers are like celebrities there. It's more popular than alpine skiing! It was an awesome experience. Norway got to start 22 women in the sprint because they had their continental cup leaders as well as their nations group. This makes it one of the toughest fields of the year. I just missed qualifying and ended up 35th on the day. It was a little bittersweet knowing I wasn't far from the top 30, but I think this is probably a pretty accurate representation of where I'm skiing right now. I think with a little more practice I could be right in there, but for now I'm happy :). Since I was heading home the following day, I stayed for the afternoon and cheered on our teammates who qualified. Kikkan had a great day and made it to the A final, finishing 5th. Andy also looked great but got his skis taken out from under him in an unfortunate tangle up. Sadie and Torin also had impressive days with strong top 30 finishes. I don't have many pictures from our race day but I do have some from a little photo-shoot Sadie, Rosie and I had down by the ocean.


Spending the majority of my season in Europe this winter was a pleasant surprise and an awesome experience. There were definitely highs and lows and those tend to be magnified when your main focus is skiing. Even though the difference between a 30th place and a 31st place in a sprint can be .1 seconds, it can be the difference between a great day and a frustrating day. Since everyone is so fast and the times are so tight, I've realized that a lot of things need to go right in order to have a good day on the World Cup. There are so many factors that go into how a race unfolds including energy, skis, sleep, wax, and course. These are just some and while everything isn't going to go perfectly each time, we need to do everything in our control to prepare ourselves the best we can. Some of the best skiers in the World will qualify even if something is off that day, but I'm at the level where I need most (or all) of those factors to be playing in my favor to have a great day. It definitely takes some getting used to but I've learned a lot and it's been so much fun being able to compete in all the races I did in Europe this year. Thank you so much to everyone who helped, especially T2, Level Field, R.K. Miles and SMS and to the USST for the great race support!

I flew home from Oslo last night and have had a very relaxing day at home. I'm very happy to be home, but there are definitely parts of Europe that I already miss. For example, I miss the soft boiled eggs so this morning I decided to try to make the perfect soft-boiled egg. I think it was a success. 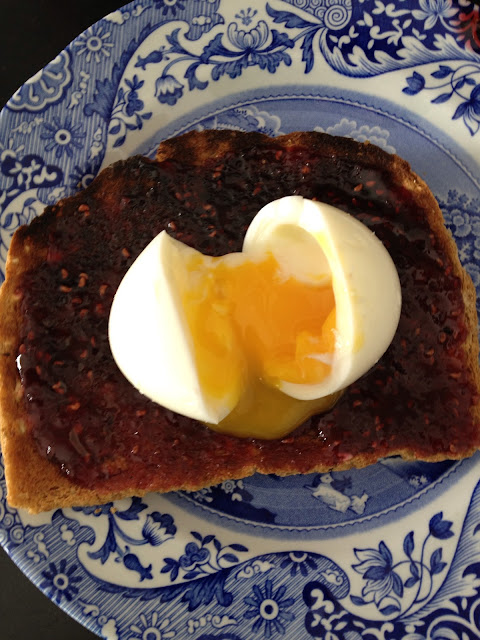 It's very nice to see my cats and family. My sister and brother have spring break from Dartmouth so I'll be able to see a lot of them and we all have our birthdays while we're home (it's not really that crazy because they're twins)! I will be competing in the mini tour at Craftsbury from the 22nd-24th but will otherwise be spending some quality time at home until Spring  Series!

Posted by Sophie Caldwell at 2:50 PM No comments:

I flew to Nove Mesto on Thursday after taking a mini break from skiing for a few days in Venice. I had never been to Venice before and it was beautiful, relaxing, and extra special because I got to see Dan! I was feeling very rested and excited to start racing again when I started my travel day to Nove Mesto, but it ended up being a disaster of a day. It turns out that getting from Venice to Nove Mesto is not easy to begin with, but booking a plane ticket for March 28th instead of February 28th makes matters much worse. I took a train from Venice to Milan (I know, wrong direction) and then was planning on flying from there to Prague and taking another train from Prague to Brno, where Gus was picking me up. I cut it close getting to the airport in Milan because it's an hour away from the train station and then when I arrived in Milan, I wasn't able to check in because I had made the stupid mistake of booking my ticket for the wrong month. I had a minor breakdown in the airport (sorry for waking you up in the middle of the night, Dad!) but eventually figured everything out and was on my way again. I was so happy to see Gus when I finally got to Brno that I almost started crying. Luckily, Erik Bjornsen's friend let me give him my ski bag in Val di Fiemme because he was driving to Nove Mesto, so I didn't have to worry about dragging that around all day. I got to Nove Mesto pretty late Thursday night but just in time to say goodnight to my roomies, Erika and Rosie! I hadn't seen either of them since Nationals and they're two of my best friends who were also my teammates at Dartmouth, so I was really excited to spend the weekend with them.

Nove Mesto didn't have a ton of snow but the 4k loop they did have was great. The stands from Biathlon World Champs were still set up so it was exciting to be in that stadium even though they were empty for our race. Our first race of the weekend was a 3.3k skate prologue on Saturday. It went well and I ended up 3rd, only .6 seconds behind Fitz and another girl who tied for first! Paddy also had a great day, finishing 4th overall and 1st junior! The prizes they were giving out were skis and snow blades so our team collected some goodies over the course of the weekend.


Sunday was a pursuit start classic 10k. Rosie, Fitz, and I skied most of the race together but Rosie took a little crash the last lap and Fitz and I had a lunge for the line. It was pretty close but Fitz got it! It was a fun day of racing. I've lost quite a few lunges in the past 12 months so I think I'll be working on my splits this summer.
Rosie and I flew from Prague to Helsinki yesterday. We met up with Dakota and the rest of the US team will join us tomorrow. This weekend I will be racing the skate sprint on Saturday and there is also a classic 10k on Sunday that I will be watching. We will fly to Oslo on Monday and I will do the classic sprint on Wednesday in Drammen before flying home on Thursday. The next week of racing should be fun and I'm also very excited to head home soon because I haven't been back since Christmas!
Posted by Sophie Caldwell at 7:42 AM No comments: